Greetings and salutations, lab mems and gigalomaniacs. We’re guessing since you’re here, you must have heard of the recent(ish) release of STEINS;GATE on Steam. We also assume you know it has several significant flaws which made playing it uncomfortable. We set out to fix those flaws, improve upon the release and make this the best version of STEINS;GATE out there.

UPDATE: That was nearly five years ago now. Can you believe it? Well, a promise is a promise, and we’ve finally gotten around to releasing this major update for the STEINS;GATE Steam patch! Throughout the years, we’ve gained more and more experience working with this series, so it was only natural that someday we’d return to the project that started it all! Even though STEINS;GATE still remains as a top-of-the-line localization, there’s always a few things to fix, aren’t there? Now then, without further ado, let the 19790th development council commence!

Join us on Discord for fun, and support.

Here’s the full list of improvements. Each can be turned on and off individually, if you like.

A full proofreading pass of the game has been completed, fixing slight grammatical issues, minor typos and wording issues, as well as an extensive amount of inconsistencies with text formatting and a handful of translation fixes. Also includes display fixes in Suzuha’s route.

A full translation check of the TIPS has been completed, fixing minor terminology issues and light inaccuracies, as well as improving general readability.

Adds word-wrapping to the phone and displays text in a nicer font. 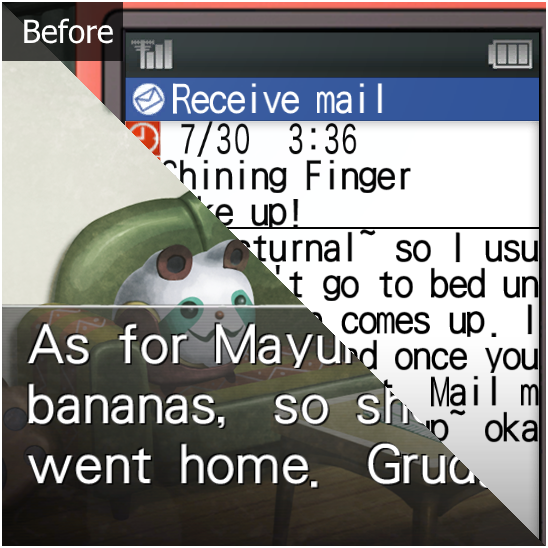 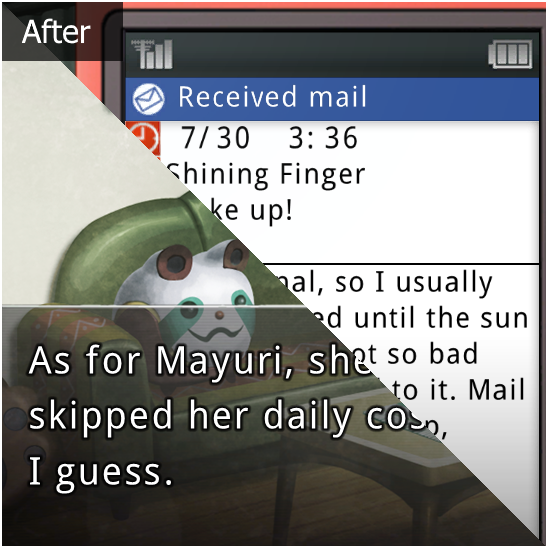 For openings and endings, plays high-quality BGM tracks instead of the included low-quality audio tracks.

Greatly improves visual quality during zoom-ins and at sub-1080p resolutions.

Workaround for issue where game hangs at black screen when exiting while in fullscreen mode.

Adds subtitles to some translated videos, allowing you to use the high-quality Japanese originals.

This patch is for the English Steam version of STEINS;GATE. The JAST release, Steam version set to Japanese and pirated copies are not supported.

If you’re having a problem not covered here, please ask us on Discord about it.

Note: The game requires the latest DirectX 9.0c redistributable (having a higher version of DirectX installed is not sufficient). If the game fails to run for you, install DirectX 9. (Steam should take care of this for you, but we’re leaving it here just in case.)

Game/launcher fails to start from Steam

You can try starting the launcher from the desktop/start menu shortcut (if you created one during the installation) or by directly running LauncherC0.exe from the game directory (right click STEINS;GATE in your Steam library, Properties → Local Files → Browse Local Files…). Make sure you’re logged into Steam, though.

On some systems the game detects false controller inputs (mostly on Linux, but we’ve heard this from Windows users as well).

In the launcher, click More Settings if you haven’t already, go to the Controller tab, select a different controller if you get multiple options or just disable controller input altogether by unchecking Enable.

Game shows an error about mgs::Audio::CPlayer::InitializeXaudio()

Installer shows an error about MSVCP140_1.dll

Installer shows an error about api-ms-win-crt-runtime-l1-1-0.dll

Update Windows. You may need to install the Visual C++ Redistributable again afterwards (file above) - use “Repair” when prompted.

Translated lyrics for ‘Skyclad Observer’, ‘Farfalla of Fate’ and ‘A.R.’ taken from the previous JAST USA release of STEINS;GATE.

Special thanks to grechnik for contributing to our open source repository!

This project includes a number of third-party components. See this page for attribution and licenses.